Antoine Sire graduated from the Institute of Political Studies in Paris and holds a doctorate (DEA) in public law. After working at the French bankers' Association and at Crédit Mutuel, he became Communications Director of BNP in 1997 and BNP Paribas in 2000. He is credited with designing the bank's starred logo and creating the communication codes for the new group after its merger in 2000. He developed the brand worldwide, especially through tennis sponsorship. He strengthened the social commitments of the bank, particularly in the Parisian suburbs where BNP Paribas is an important employer. In 2003, he broadcast a programme on France's main business radio, BFM, dedicated to new technologies in digital technologies and by extension to green technologies. In July 2013 he announced his departure from BNP Paribas to focus on his passion for cinema and its history. He completed the writing of Hollywood, la cité des femmes, a 1200 page book that revisits the history of the golden age of Hollywood through the role of women. While contributing to the development and content of the start-up parisfaitsoncinéma.com, of which he is one of the partners, he joined the agency Havas Worldwide Paris in 2015. In September 2017 he was appointed as a Member of the Executive Committee and Head of Company Engagement at BNP Paribas, with the mission to make the bank's commitment to society one of its strategic assets.
9:00 AM - 10:00 AM 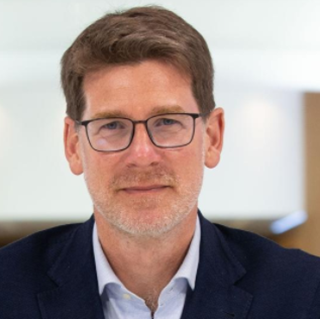